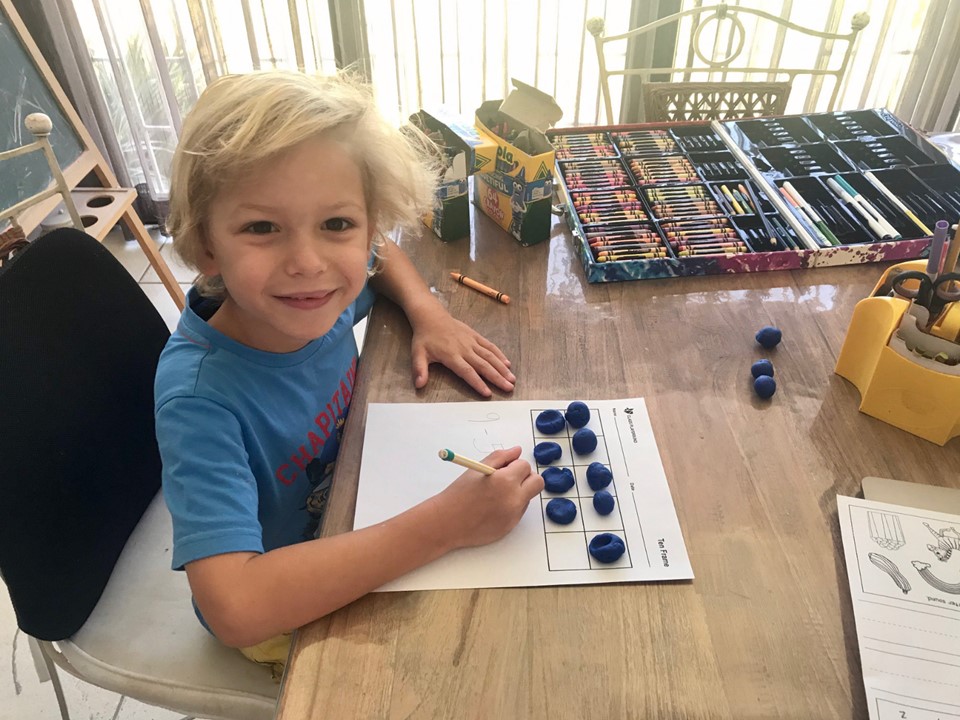 Our Pre-Kindergarten 4 students remain very busy with their online learning. Take a peek at the activities that keep them occupied.

During Math class, Pre-K 4 students have been exploring different ways to use concrete objects to model real-world subtraction. For this Math game, students had numbers cards that they used to create subtraction number sentences. Then they used playdoh to represent this on a ten frame mat and ‘smashed' the amount they would need to take away to get their answers.

How do we use our imagination?

Pre-K 4 students listened to the story “Not a Box” by Antoinette Portis. This book provides a great example of how someone can play with an object and pretend it is many things. Bunny sure has fun with a cardboard box but some people just don’t understand. When repeatedly asked why he is playing with the box, Bunny makes it clear that the box can become whatever he wants it to be, whether it is a rocket, robot, or racecar. It is his Not-A-Box!

Students had to draw to show how their “Not-A-Box” could become something special.

For journal writing, Pre-K 4 students needed to draw and write about their favourite part of being in a part of Pre-K 4. Students first had to reflect on all the things that they remember happened during the year and then draw a picture to show their thinking. Then, they wrote a sentence to match their drawing.

Think Outside the Box

Students in Pre-K 4 were tasked with creating a picture from a partly drawn template. They had to think outside the box and be creative to complete the drawing as it is not always what it looks like.